Although my first post was October 7th of last year, it wasn't until October 14th that I actually got on the scale (after many moons of avoidance) and posted my weight of 277 pounds on a blog that I wasn't sure that anyone would even see. It's a year later and I wanted to recap what has become perhaps the best year of my life so far.

Let's start at the beginning. My 39th birthday in Puerto Rico, late September 2008. When I looked at this photo I was shocked. I almost didn't recognize myself. When did I get so fat? How did I allow this to happen? And make no mistake, I made it happen. But it was this photo that made me realize that I could turn it around. I can see the sense of humor in the face of the woman in this photo, a glimmer of the happy, vibrant person that I could be if I wasn't buried under the strain of emotional eating and poor fitness.
277 pounds, waist 52 inches

After that trip, I decided that enough was enough, I was going to deal head on with all the stuff that was holding me back from being a lean, strong and healthy person. No longer would my emotions dictate what I put in my mouth. I decided that my body was worthy of being treated with the utmost care and respect. I decided NO MORE DIETS! I decided that making small changes like giving up fast food and sugary soda and drinking freshly pressed vegetable juice every day was a very good place to start. Then everything else started falling into place. I read up on how to stock a healthy pantry, about sensible portion control and how by making nothing forbidden I could break the cycle of "on the wagon, off the wagon." I learned that making thoughtful choices about what I put in my body was the easiest way to getting healthy. And I lost weight in the process!

Once I started feeling better, lighter from fueling body appropriately, I decided to tackle exercise. I added a short walk a couple of times a week, either around the block or with Leslie Sansone in my living room. After a while it got easier. I walked longer. I started having more energy, less stress. I felt happier in a way that I hadn't in such a long time. So I kept doing more until it became part of my daily routine. And I'm getting fitter and stronger every day!

All the while I sat at the computer and blogged about the information that I had learned, the strategies that were working for me and how I was feeling. The accountability factor was key, by not only being accountable to the blog (and the readers) I learned how to become accountable to myself. It may have been the hardest thing to assimilate but it's the most valuable tool that I have on this journey.

What a difference a year makes. I feel amazing and have a whole new outlook on life. I lost 87 pounds by not being on a diet. By not having to give up my favorite treats and my beloved Chardonnay. By not having to workout 3 hours a day. After a lifetime of struggling with emotional overeating and yo-yo dieting, this is the longest I've ever sustained a healthy, balanced lifestyle. But why is this time different? Because I've changed my thinking, eradicated the diet mentality. No more "good food behavior" vs. "bad food behavior." I learned what my body needed and I provided it: Nutritious and delicious foods in sensible portions, treats and wine in moderation, enough rest and a balanced fitness plan. 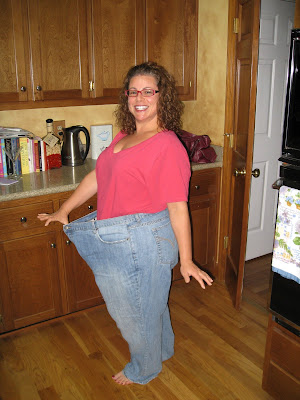 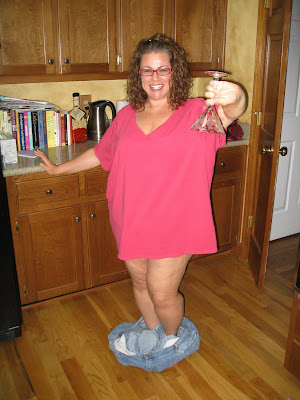