The End of the Rainbow

6:30pm Saturday~I had just popped the chicken and rice casserole that Rob and I put together earlier in the day into the oven, we sat down to watch the second episode of the three episode mini-series Gordon Ramsay's Great Escape (which is Gordon eating his way through India.) Rob turned to me and said, "Get changed, we're going for a curry!"

You may not know this about me but I am not what you would call a spontaneous. kind of girl. I plan everything. What can I say? I'm a Virgo, through and through. Spontaneous for me is swapping Wednesday's menu for Thursday's. But who says no to Indian food? 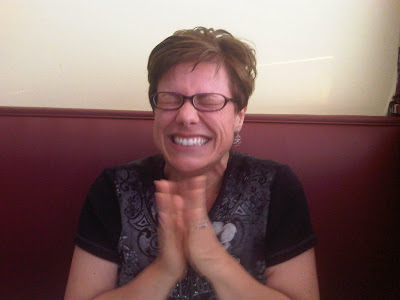 Apparently, spontaneous outings make me forgetful and I left the camera behind. Oops! Rob took these photos with his Blackberry.

It started raining right before we left the house and on the way down to the restaurant we saw this amazing rainbow. 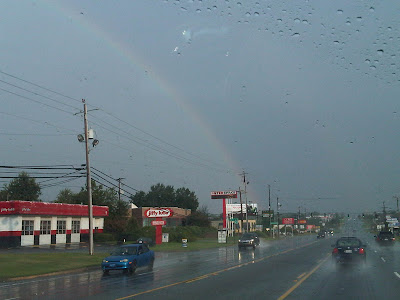 It was so huge and vivid you could see all the colors. I don't know that I've ever seen the purple stripe of a rainbow so well. There wasn't a pot of gold at the end of this rainbow, rather a really good meal.

Rob selected a couple of interesting and delectable appetizers... 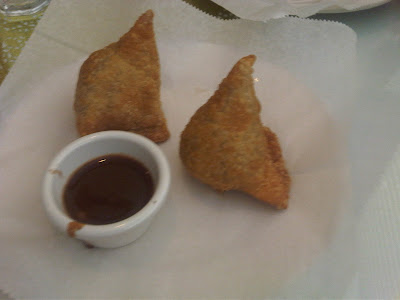 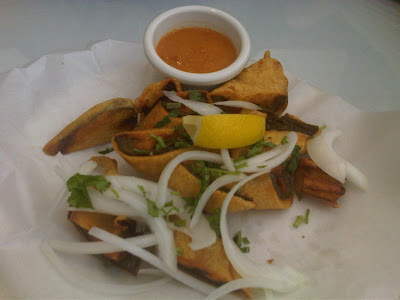 chilli pakora
It's been two weeks since I've indulged in any wine but when I'm at an Indian restaurant, I have to have Kingfisher Lager. You won't often see me drinking beer, but it's just not a trip to a curry house without it. 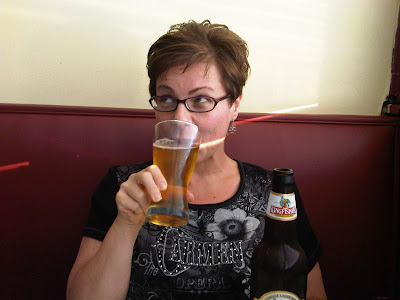 Yum!
I wasn't in the mood for a rich curry, so I opted for a tandoori mixed grill. Heavily spiced chunks of chicken breast, fish, prawns, lamb and a chicken leg and thigh quarter. That plate was sizzling hot! 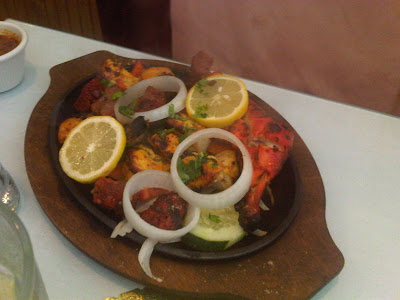 Rob opted for chicken tikka masala with basmati rice. So creamy and buttery, I though perhaps Paula Deen was working in the kitchen. I dipped a bit of naan in the sauce, I couldn't resist. 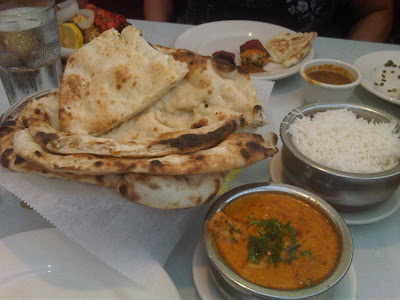 Butter, y'all!
Rob usually isn't spontaneous either, but sometimes he really surprises me and it was delightful all around. Happy and full. 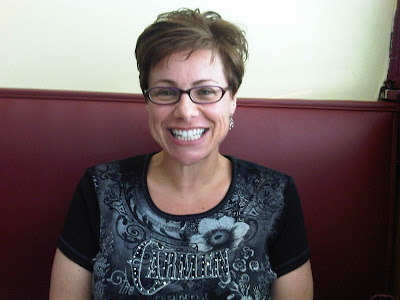