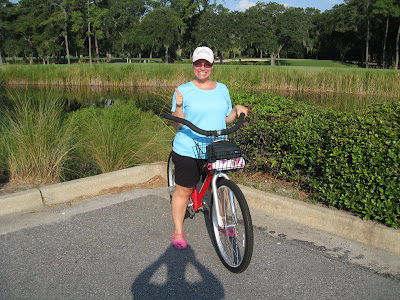 We just made it back after a morning spent bike riding. After not having been on a bike since 8th grade, I finally know what the old adage "it's just like riding a bike" means, because you really don't forget.

Hilton Head Island is very bike friendly with many miles of beaches and bike paths to ride along. We set off at 9am and it was SO MUCH FUN! I struggled a little toward the end, but all those trips to the gym doing lunges, squats and plank really paid off.

We stopped at Island Bagel Co. for bagels and cream cheese and liquid refreshment. Rob had coffee, I had half sweet/half unsweetened iced tea. 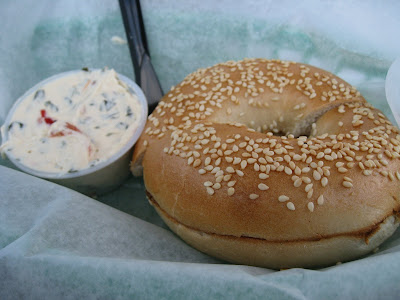 We carried on riding around taking in the sights, until we arrived at our next destination... 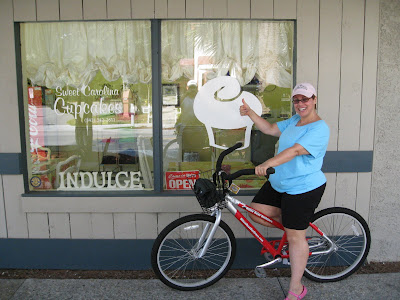 Birthday cupcakes!
Sweet Carolina Cupcakes! Lulabelle is the shop owner and her motto is "A balanced diet is a cupcake in both hands!" Love it! I chose two for us to share, a classic yellow cake with milk chocolate buttercream frosting and cookies and cream. 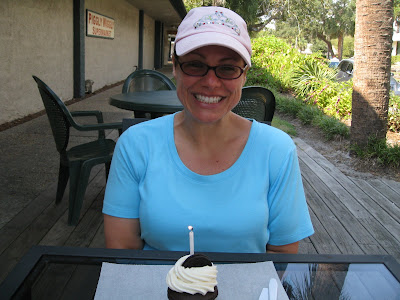 A candle for the birthday girl 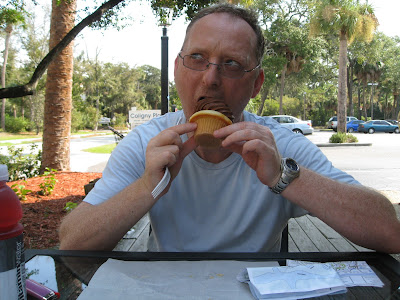 The Cupcake Monster
Then we hit the beach...


Rob did a fab job filming me with his Blackberry in one hand, steering his bike with the other. He's awesome! It's tough riding on the sand, but the view is amazing and that sea air is like no other. Including stops, we rode about 4 hours and 15 minutes. We didn't have an odometer but I mapped the route using mapmyride.com and we biked 12 miles. I can't even believe it!

We're back at the resort and are heading out for a soak in the hot tub, my glutes and quads really need it. I now know what "saddle sore" means. :)
Posted by Andra at 2:51 PM