Riding 12 miles on a bike causes some fatigue that I'm not used to, so the thought of dinner and a show at 8pm last evening was a little overwhelming. At the last minute we changed our late Jazz Corner dinner reservation to an early one at Robert Irvine EAT!
I asked Rob if he thought we might have a celebrity chef sighting in our near future as we set out to have dinner... 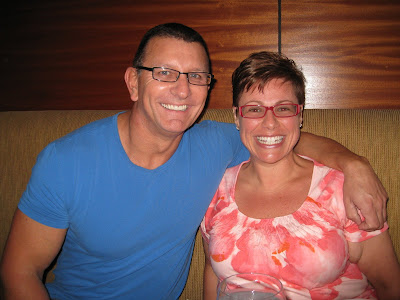 Never underestimate the power saying things out loud!
We arrived quite early and the place was pretty empty. Chef Irvine was just heading out to have his birthday dinner (his is on Friday) with his wife and kids, but the gracious host spent some time chatting us up and he and Rob spoke a bit about their native England. They talked about where they grew up (in towns in close proximity to one another) and of course about how awesome their shared first name is. And how, with all the people he meets in 300 days a year on the road, he had never met anyone named Andra and was curious out the origins of my name. Surreal!

We didn't want to keep the chef from his family date but he sent us a glass of birthday Champagne before he said his goodbyes. 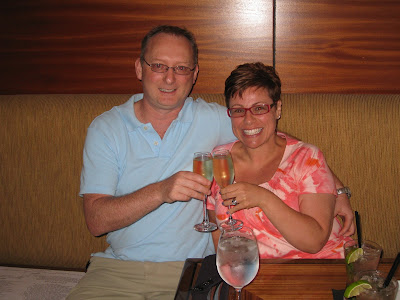 It was an "impossible" dinner; strawberry-dragon fruit mojitos, house made bread with spicy olive oil, she crab soup, house made gnocchi, fillet of beef, lobster mac and cheese, white chocolate rice crispy cheesecake and some very nice wine. The service was excellent and a good time was had by all. 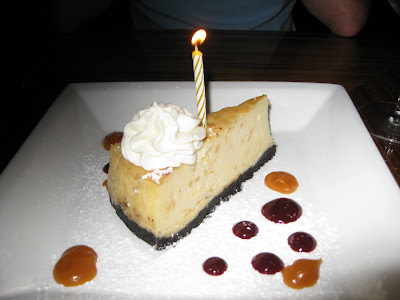