March was crazy but it has nothing on how April is shaping up to be.  I'll talk a bit more about how I'm feeling in another post.  The dog is busy gobbling up her supper ( her appetite is back, thank goodness) so I have a free moment to share some of the pics from March before it is too distant a memory.
I made a southern meal for The Ducks, which included BBQ Ribs.  I used this recipe and here is how they turned out... 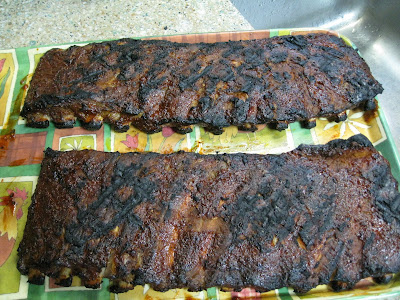 I've tried ribs several times and this was the best method so far.  They weren't as tender as I had hoped but I will work with this recipe again.  Love that char!  And the sauce was heavenly.  I served it with a whole mess of greens and corn casserole.
My mother and I made stuffed artichokes.  I love artichokes any way at all but this is the absolute ultimate.  Trim the top and bottom and trim the points. 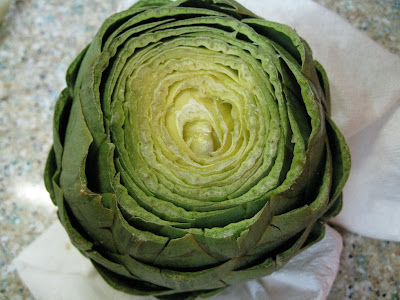 Open it up and scrape out the choke with a melon baller so nothing but the tender heart remains in the center so it can hold a nice bit of stuffing. 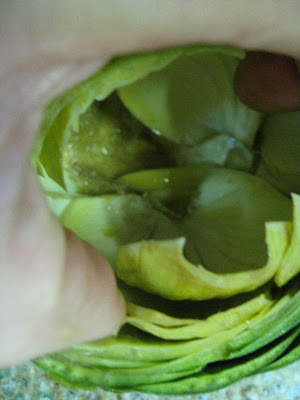 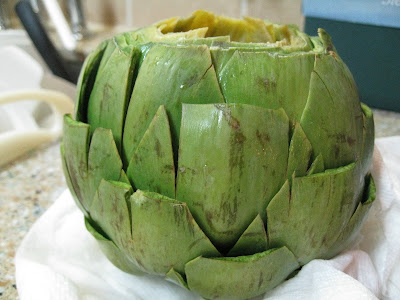 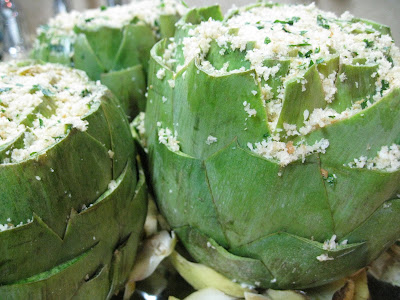 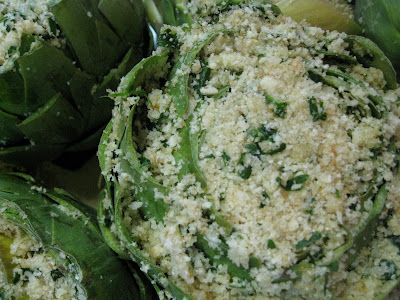 Place them all in a deep roasting pan, add chicken stock, wine and garlic cloves, cover tightly and back until tender.  Up to 4 hours in a hot oven.  They are so good! 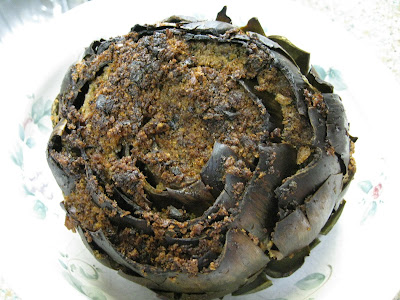 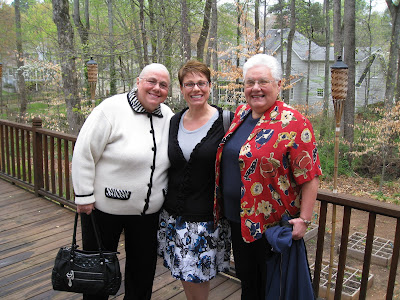 The Ducks brought me an ice cream maker, which I'm thrilled about although it will be used thoughtfully and cautiously. 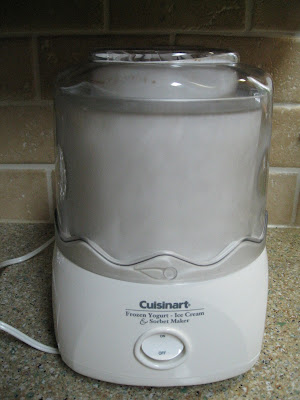 My first creation:  Raw milk chocolate gelato.  One part raw cream and two parts raw milk, 4 pastured eggs, one package of melted 60% bittersweet chocolate and some sweetened condensed milk.  No cooking, just whip it up in the blender and into the maker. 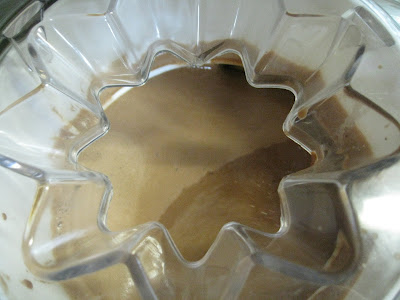 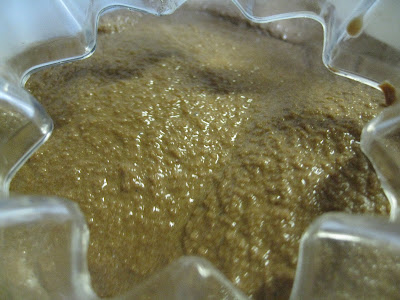 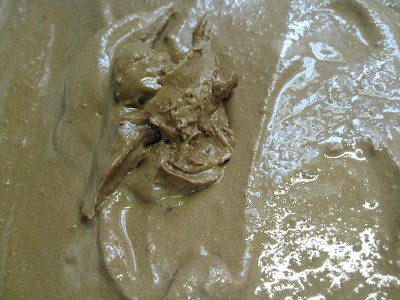 The consensus from all parties was that this was the best ice cream ever! 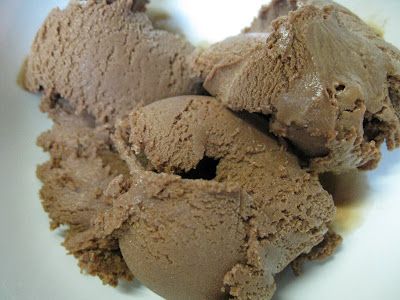 I made roast chicken for dinner when The Ducks were here.  One is a pastured broiler from the farm, the other is an "industrial organic" chicken from Costco. 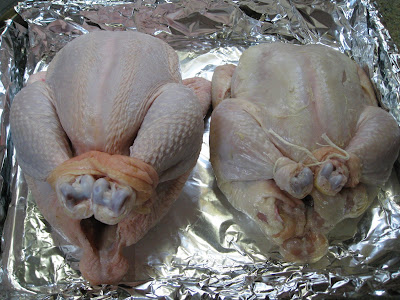 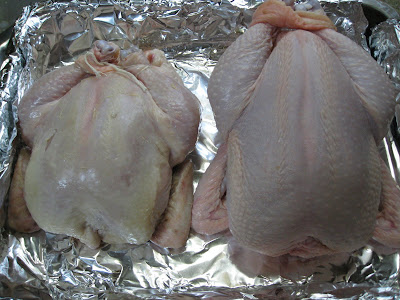 Can you see the difference other than the size? 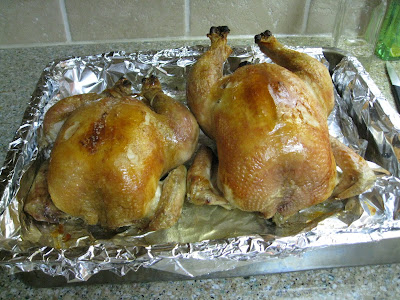 We ate the pastured chicken for dinner and the other was turned into homemade soup the next day.