My baby girl has been ill again, why is it always in the wee small hours?  I will spare you the gory details but suffice it to say I am  so, so tired.  I have nothing motivating to say this rainy Monday morning but talking about food always makes me feel better so let's do that instead.
Have you ever had the mushroom truffle flat bread from Trader Joe's?  It is one of Rob's absolute favorites and I wanted recreate it.  And I did!  I made whole wheat pizza dough,  pat it out really thin and partially baked it.  I made a mushroom pâté which is just mushrooms, garlic and fresh thyme whizzed up in the food processor sauteed until all the water is cooked out and it is nice and fragrant.  I spread it on the partially baked crust and topped it with a light dusting of freshly grated Pecorino Romano cheese and finished baking it.  I drizzled it with truffle oil and served it up with a big arugula salad lightly dressed with evoo and balsamic vinegar.  It was sublime. 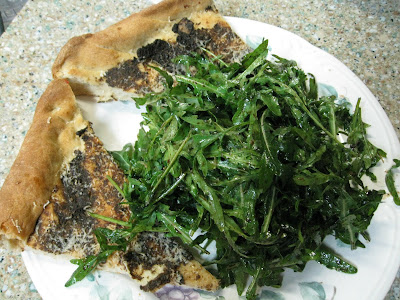 Next up is balsamic roasted asparagus and tomatoes.  Asparagus spears and halved grape tomatoes tossed in evoo with a little salt and pepper, drizzled with balsamic vinegar and roasted in the oven until tender crisp and a little caramelized... 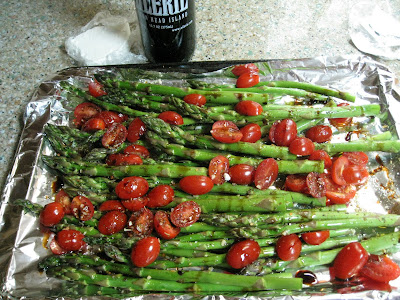 then topped with manouri cheese and drizzled with more balsamic vinegar.  Manouri a delicious alternative to feta, it's crumbly yet creamy and much less salty.  We served this amazing dish with a chicken we cooked on the rotisserie. 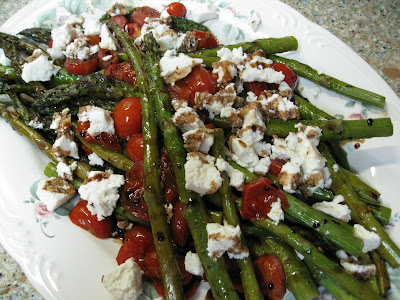 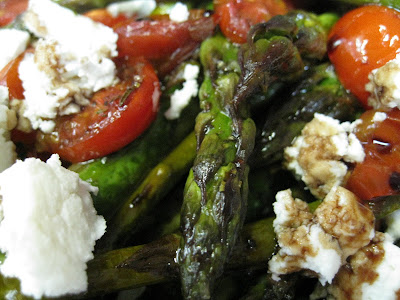 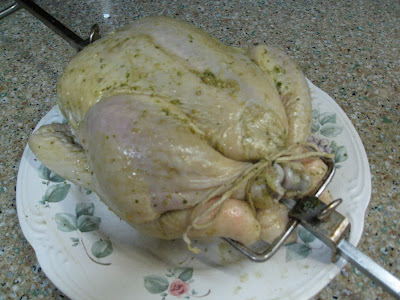 Yeah, we burned it a little, but it was still pretty tasty. 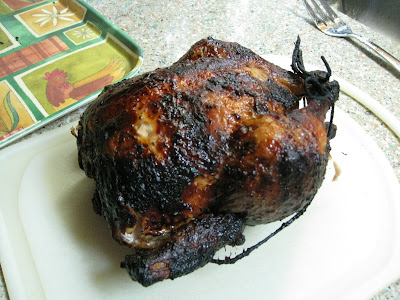 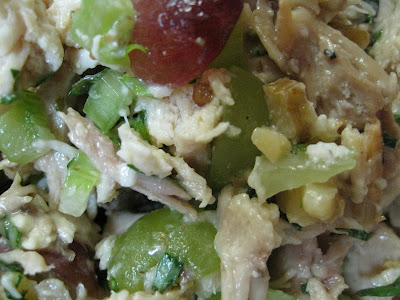 I managed to get some planting done in the past couple of weeks.  Some tomatoes, hot peppers and mixed herbs.  Pared down from last year because of last year's garden fail.  And with the dog taking up more of my time a smaller garden will be easier to tend. 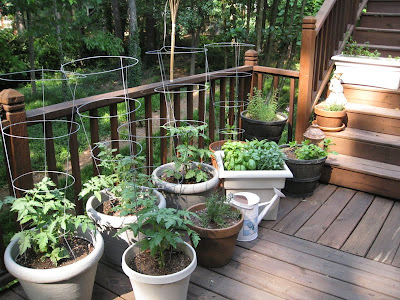 And we already have our first tomato! 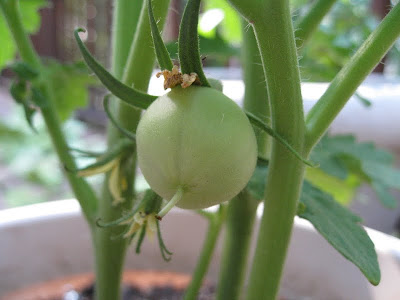 While Rob was out of town last week, I made myself a variation of Gina's Zesty Lime Shrimp and Avocado Salad.  Rob doesn't eat shrimp so it is something I treat myself to when he's away.  I made a few swaps, out with tomato, in with corn, basil from the garden instead of cilantro, scallions in place of red onion all on a big bed of crisp romaine. 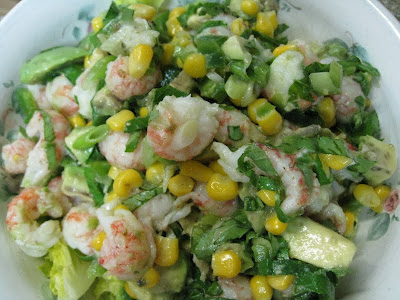 Holy shrimp, this salad is heavenly!  Give it a try when your weather heats up and you want a refreshing yet super satisfying meal. 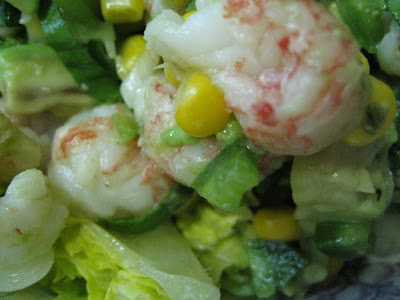 I had some friends over for brunch on Friday morning.  I whipped up a lighter version of the Italian Easter pie called Pizza Chena.  It's eggs, a little flour and milk beat together with ham and cheese folded in.  Baked in the oven and cut into squares, it's wonderful.  Paired with fruit and breakfast is served! 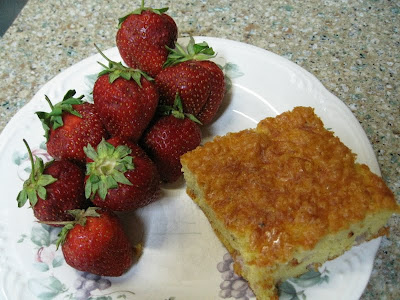 We did another rotisserie chicken for Sunday dinner yesterday along with grilled veggies.  I marinated zucchini, asparagus, peppers, scallions and carrots in balsamic vinaigrette then cooked them in the grill basket over searing heat just until tender crisp.  Before... 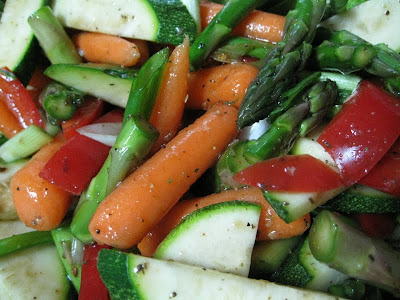 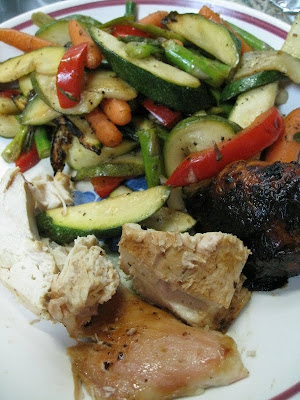 I will ask, as I always do, what you been cooking good?  If you have the time, leave a comment.  I love to hear from you!