What did I do with the rest of the lovely vegetables from my farmer's market haul?  Read on! 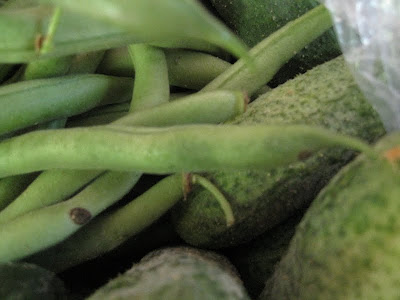 I mentioned that I wasn't a big fan of green beans unless they are in the holiday casserole, but I saw these lovely blue lake beans and I really wanted to try them.  Also pictured with them are some adorable baby cucumbers. 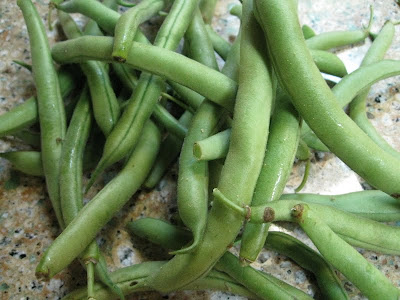 I wasn't sure what to do with the beans so I put "Blue Lake green beans" in a google search and this recipe came up:  Blue Lake Green Beans with Lemon and Thyme.  I snapped the ends and washed the beans and blanched them quickly in salted water. 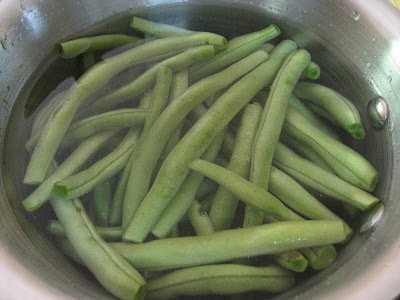 I shocked them in ice water then drained and patted them dry. 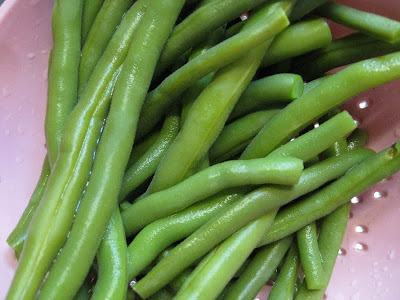 Then  a quick saute in a nice bit of grass fed butter and tossed with lemon thyme from the garden and lemon zest. 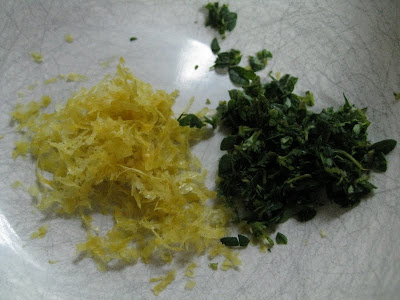 I also squeezed some of the lemon juice over the beans for a bit of extra zing.  The preparation was simple, the flavors bright and the beans had a nice tender-crisp texture.  And the lemon juice-butter combination clung to each bean and gave a lovely richness.  A keeper! 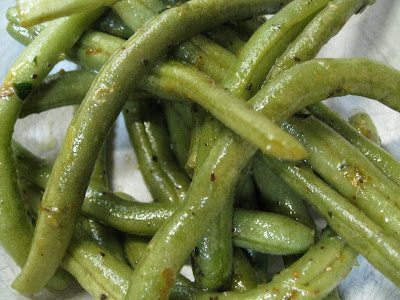 Next up, the crowder peas. 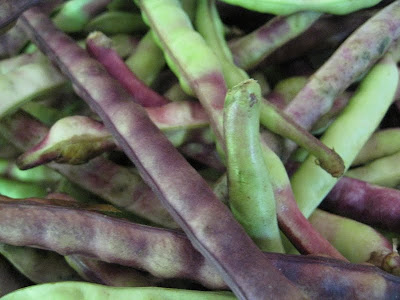 I was drawn in by the lovely purple and green combination of these beans.  I wonder why? 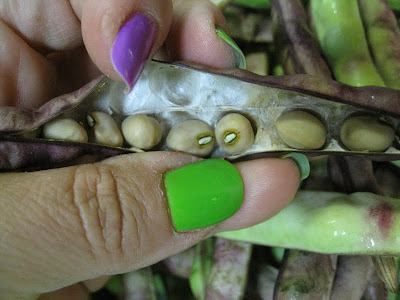 I asked the farmer what to do with them.  He said shell them and simmer them in broth or water until just tender then do whatever you want with them.  Shelling peas is oddly soothing. 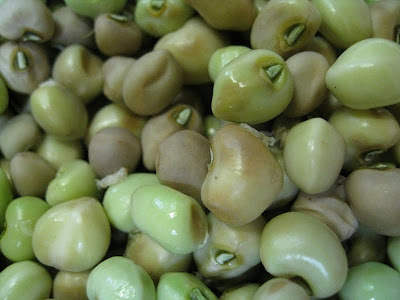 I chose to make a lovely vegetable stew using the crowder peas and some of the other veggies from my haul like the fresh tomatoes, summer squash and zucchini.  I simmered them gently in my homemade chicken stock. The crowder peas had a bit of toothsomeness at first and a nice creamy interior.  The flavor, earthy and sweet.  The stew was satisfying and delicious. 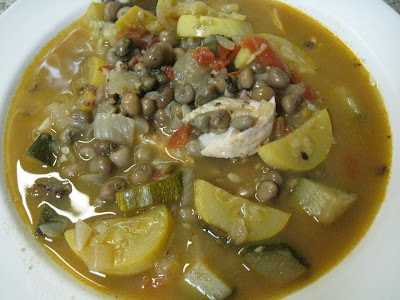 The baby cucumbers and the poye spinach came together in a Latin inspired dinner.
Have you ever had cucumbers just tossed with salt and lots fresh lime juice?  It is a wonderful and refreshing summer snack.  I dressed it a up a bit more with some red chile, chopped cilantro and some diced avocado. 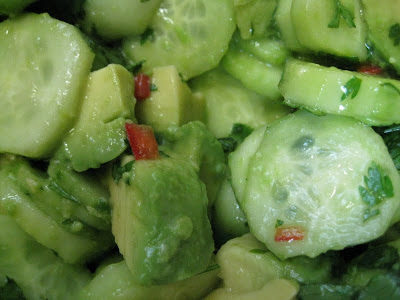 I knew exactly how I wanted to prepare the spinach.  There is a recipe called "Catalan Spinach" from the book Fresh from the Farmers' Market that I had been itching to try. 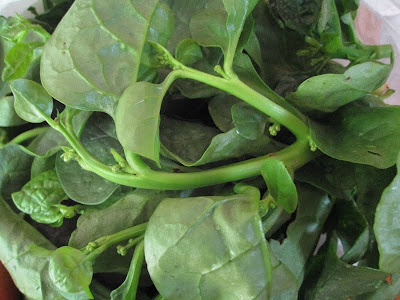 I washed the spinach very well, it's important to double or triple soak and rinse garden greens so you won't get grit in the final preparation.   I put the greens in a pan with the rinse water still clinging to it. 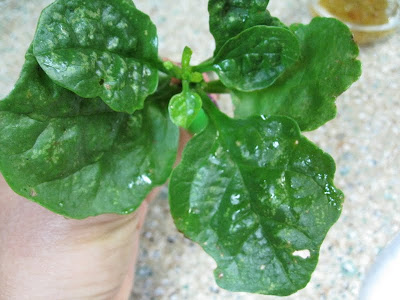 I quickly steamed the spinach, rinsed and drained it well.  Then in a saute pan I heated a couple of tablespoons of olive oil and cooked a chopped garlic clove until golden.  I added the spinach and tossed to coat each leaf in the garlicky oil mixture.  Then I added some chopped dried apricots, chopped toasted walnuts, golden raisins that I plumped in hot water.  Tossed it all together and served it.
There aren't enough descriptive words in either English or Spanish to describe how amazing this dish is.  So simple, so sublime. 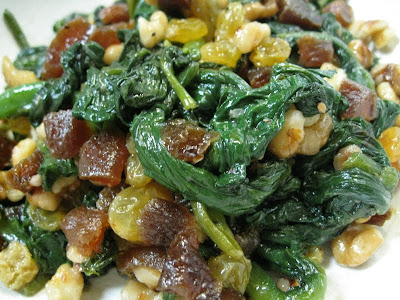 Both of these wonderful dishes served as companions to a bit of grilled pork loin that I had marnated in a rub of garlic, cumin seeds and aleppo pepper.  There were raves all around that night! 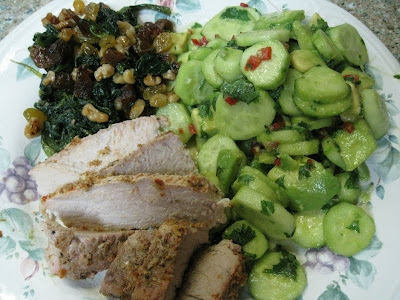