Pumpkin Stuffed with Everything Good

I saw Dorie Greenspan make this with Martha Stewart last fall, I have no idea why it's taken me so very long to finally make it.  Pumpkin lovers get going on this one, it's a keeper,  even He Who Does Not Eat Pumpkin (Rob) scraped his half clean.
Pumpkin Stuffed with Everything Good
Start off with a sugar pumpkin, scrub it clean and cut out the top like you're making a Jack O'Lantern. 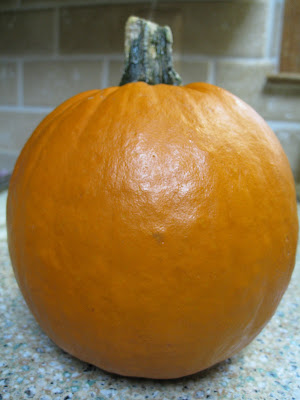 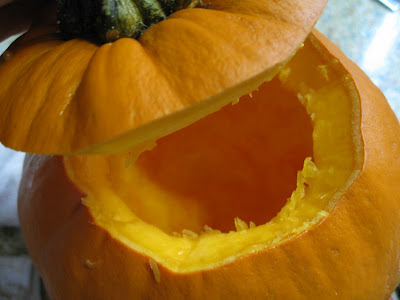 Don't forget to save the seeds for toasting! 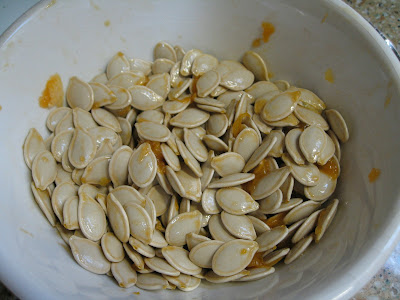 Prep the base flavors of the stuffing.  The recipe is very flexible, I used nutmeg, shallots, parsley, rosemary and oregano, garlic and white pepper. 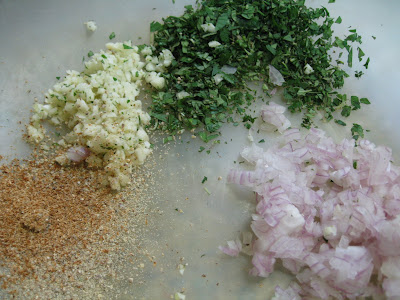 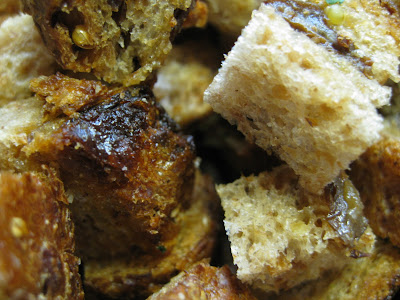 Crumble in the bacon.  I cooked up a whole package of pastured, uncured bacon.  I used about 6 slices and saved the rest in the fridge for snacks. 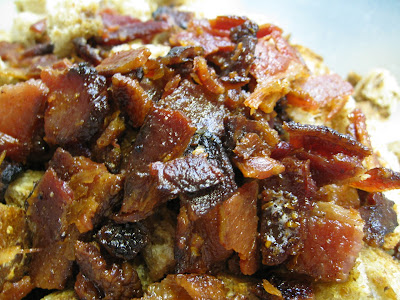 Add the cheese.  I had a mad hankering for goat cheese so I crumbled in a small 4 ounce log. 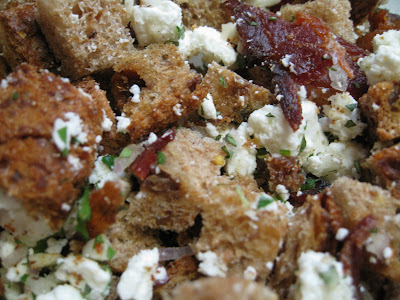 Stuff everything good into the cavity of the pumpkin, pack it down pretty well.  There may be some leftover. 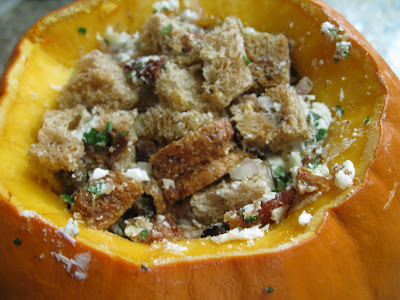 A perfect excuse to use the golden real cream that I skim from the farm fresh milk, pour it on! 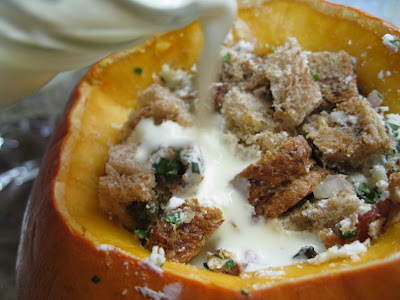 The leftover stuffing went into a greased ramekin, topped with cream and stashed in the fridge for a quick lunch later in the week.  Might be nice with a poached egg on top. 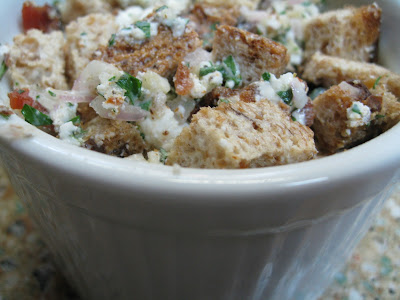 Pop the pumpkin in a 350 degree oven and let it cook for 2 hours. 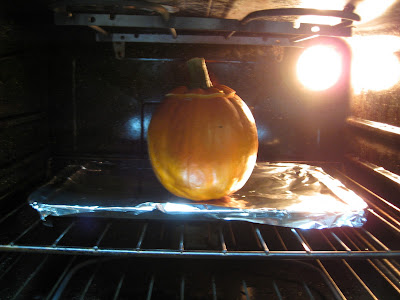 Remove the cap and let the top brown for an additional 20 minutes then remove from oven. 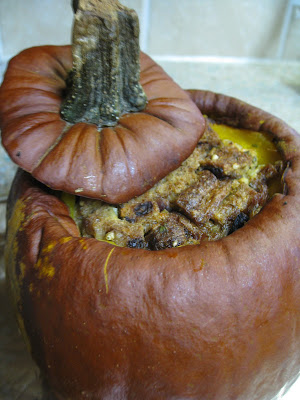 We cut the pumpkin straight down the middle and set about devouring all the good stuff and the soft, creamy pumpkin flesh.  Absolutely perfect for fall! 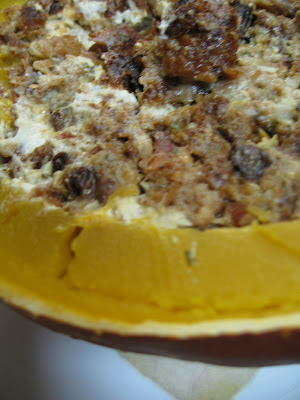