Home, but for How Long?

I have been away since Wednesday and I have so much to share!  I've been sitting on this news for about six weeks but now that everything is finalized and the plans are in motion, I can share all the details.
Rob accepted a position with a new company.  It was, as they say, an offer he couldn't refuse.  Today is his first official day.  The company is located in Newport News, Virginia.  We just spent the better part of the last five days touring Williamsburg, which is going to be our new hometown.  I admit that I was so hopeful that we'd love it but had no idea what to expect.  What's the verdict?  My dear husband who doesn't gush, spent the entire time gushing like a school girl after her first viewing of Twilight.
In addition to cutting the distance to my family and friends in Boston IN HALF (hello doable driving distance) and getting us much closer to the coast (just an hour to the beach) Williamsburg is just lovely.  I'll be back with a full trip report with more pics, food porn and dining reviews (who knew that Williamsburg was a foodie's haven?) so you can see for yourself.  But here is a little taste. 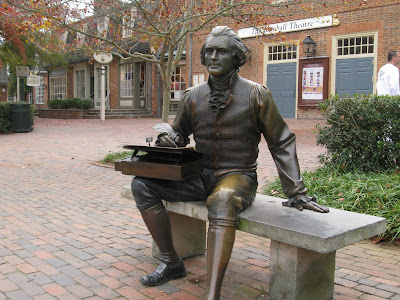 Thomas Jefferson in Merchant's Square writing
the Declaration of Independence 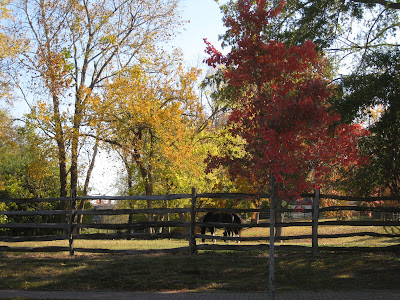 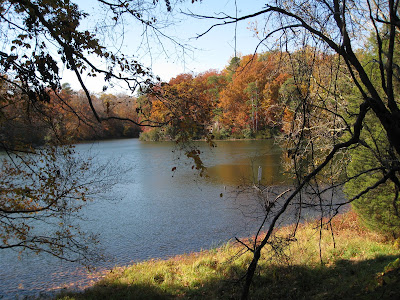 One of the many bodies of water surrounding "The Peninsula" 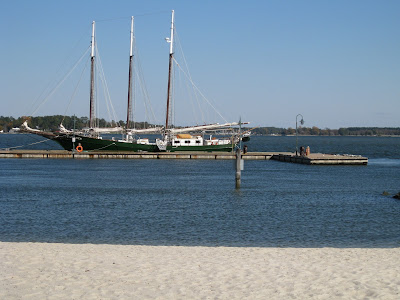 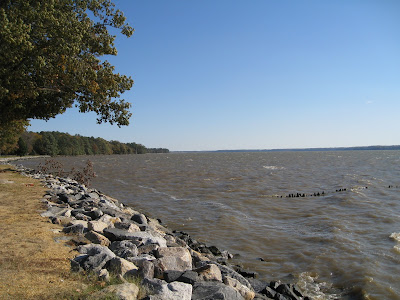 The James River at Jamestown, first settlement 1607
Next step is to get Shady Dame on the market, we'll do that after the first of the year.  I will miss this beautiful home, along with having my dear friend Donna being so close by and of  course the great staff at work but other than that there isn't much I'm going to miss about the urban sprawl that is Metro Atlanta.  I think it's going to be just what the doctor ordered for this girl who has spent each passing year a little more homesick.  Wish us luck!
Have you ever visited Williamsburg?  Do you live in the area, any advice?
Posted by Andra at 5:04 PM