Baking and Other Good Smelling Things 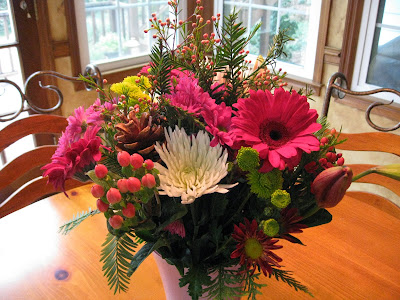 Christmas is nearly upon us.  Have you been busy in the kitchen baking up all those seasonal treats you just have to have this time of year?  With our anniversary cruise just a week away (yay!) I scaled holiday baking way back this year.  My waist line cannot handle a glut of holiday treats then a week of buffets and cocktails.  I  kept it to two seasonal must-do's and one something I really wanted.
Rob's birthday was on Thursday and a year hasn't gone by that I have not baked him a batch of traditional English shortbread to have with his afternoon cup of tea.  I decided to try a different recipe this year.  It called for brown sugar, which was a very nice touch but I thought the ratio of flour to butter was off.  I think they turned out way to pasty and flour-y, so much so that I could actually taste the flour.  I will go back to my tried and true recipe for next year.  But Rob is quite happily eating his way through the tin, so I'm glad he's enjoying them.
Mini-mincemeat pies are another of Rob's Christmas must haves.  I have yet to find a great tasting pre-made mincemeat so I started making my own.  It's so easy and so delicious, I could never go back to the jarred stuff.  I slightly adapted Gordon Ramsay's recipe for the mince.  (I really like cooking by weight but if you don't have a food scale like I do, here is a good recipe converter.) 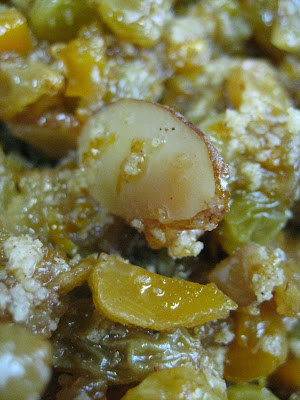 I used the mince to make mini pies, not the palmiers as the recipe indicates, though I like the idea.  I added much more spice than the recipe called for, almost a whole nutmeg, freshly grated along with adding ground ginger in addition to the cinnamon and allspice.  I used bourbon and honey liqueur in place of the rum and whiskey in the recipe.  I made the mincemeat on Monday to let it age in the fridge and it smells absolutely heavenly.  We baked up the pies together this afternoon. 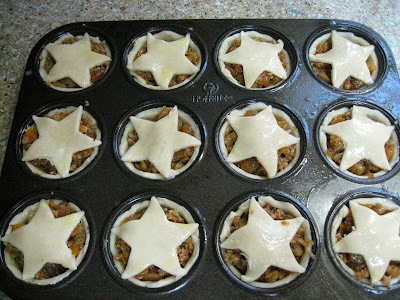 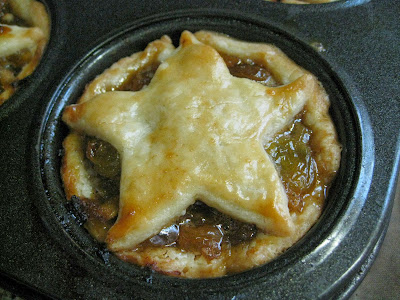 The recipe made a lot of mincemeat, enough for 2 dozen pies.  I only made 12, so I put the rest in a mason jar to freeze.  Not sure if it will be good to use next year but it's worth a shot. 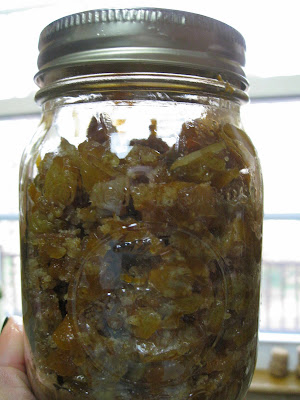 Next up is what I really wanted and that was rich, dark and sticky gingerbread cake.  Like the mincemeat, gingerbread gets better with age, so I made this early in the week, wrapped it up and let it sit.  It was worth the wait, this recipe is amazing!  I followed the method but used molasses in place of black treacle, replaced golden syrup with the same weight of  chunky ginger preserves.  I omitted the stem ginger and put in a generous grating of fresh ginger.  I baked it in a brownie pan for about an hour.  When it is time for a cup of tea, I cut a square and frost it to order with cream cheese whipped with homemade lemon curd.  If you are a fan of gingerbread, you must try this recipe.  It is a keeper. 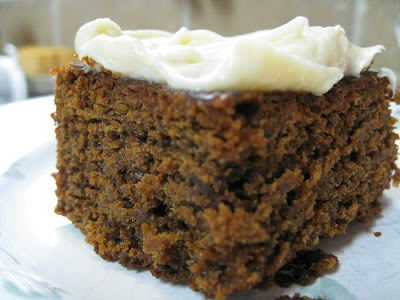 And to make the house smell festive like I've been baking up a storm all week even though I haven't, I filled a saucepan with water and then added cinnamon sticks, star anise, whole cloves, cardamom pods, fresh lemon, mulling spices, vanilla extract and every time I peel a clementine, I toss the peel into the mix.  I've had this simmering on the stove top all day, every day this week.  I keep topping up the water as it simmers away.  Beats the wick off a scented candle, for sure. 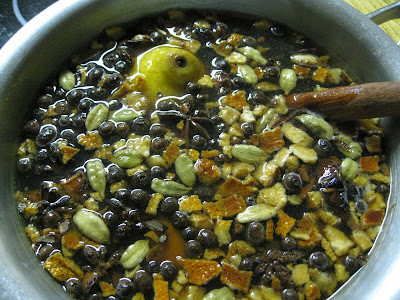 We have a very low key weekend planned, we're just happy to be home together with our Tally.  Wherever your weekend takes you, I wish you warmth, safety and deliciousness!
Posted by Andra at 2:05 PM