What a Difference a Day Makes

Day 3 and holding on.  Tally and I went to bed so early last night and I slept very well.  It was much needed deep sleep, the headache is better today but still lingering as is the leg ache.  I've been reading the blogs over at Whole Living and I see that many of the participants experienced the same thing during their time on the cleanse.

I started my day with my revised version the Green Machine Smoothie.  I had made the original incarnation on Tuesday morning and while the flavor was pleasant, the texture was disgusting.  The water mixed with blender-chopped romaine lettuce left a thick, gelatinous texture that was really hard to get down.  I managed as I didn't want to waste any produce but I knew that I could make it better.  This morning I juiced all the greens and the ginger then poured it into the blender with mango, added a banana and some frozen blueberries.  OMG, it was so delicious.  You'd never know that there were so many good green things in that drink.  And the banana gave it really good staying power. 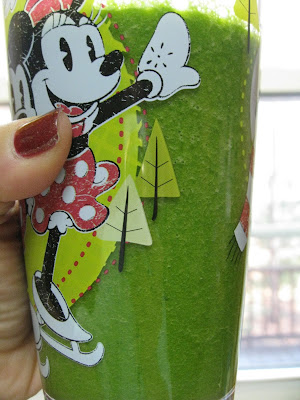 I was at the dentist earlier having an old filling replaced.  I'm very fortunate to have access to great dental care and have dental insurance but boy, oh, boy it was painful.  I think I'm extra delicate due to the cleanse, my dentist had to put a second dose of Novocaine halfway through the procedure because I started to writhe in pain.  My mouth hurts like a bastard!  Good thing I made up a batch of the Roasted Beet and Garlic Soup the other day.  I had that for my lunch and it was so soothing.  I love beets but it's the roasted garlic makes this recipe.  Very tasty and filling.  The recipe it meant to make four cups, but I ended up with five. 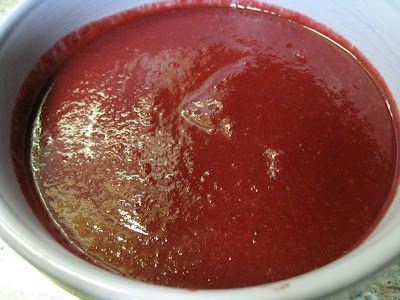 When buying beets, I always choose ones with bountiful green tops.  I love me some beet greens!  I sauteed up a big pile the other night and ate them up the first two days of the cleanse. 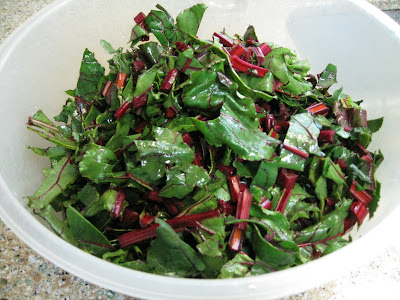 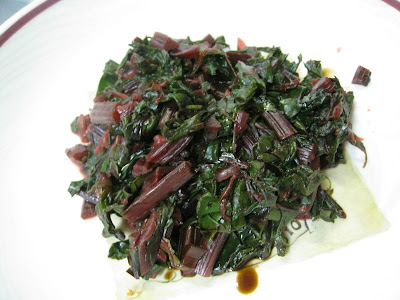 I'll probably have another green smoothie for supper as my mouth is not going to be up to chewing any roughage today.  Tomorrow I'll make the spiced butternut squash soup and roast up some cauliflower.  Hopefully my mouth will be feeling better so I can have a big, green salad for lunch.