You probably know by now that I'm a fan of Jamie Oliver. It started as a crush the first time I saw The Naked Chef during my first trip to England back in the late 90's.  He's a really talented chef and I respect him so much since he's become a spokesperson for cooking healthy meals at home.  His new show Jamie's Meals in Minutes that is currently airing on BBC America is top notch.  If you haven't seen it, be sure to check it out.


I have many favorite Jamie recipes in my repertoire and this one is a really good one.  It's a cold soaked overnight muesli that Jamie calls "pukkolla."  It's from his Return of the Naked Chef book (the cover photo on that one still makes me swoon.)  This is one of the easiest ways to have a healthy breakfast super fast.  Faster than you could get it through your car window.


It's really customizable, here is my version which is similar to the original. 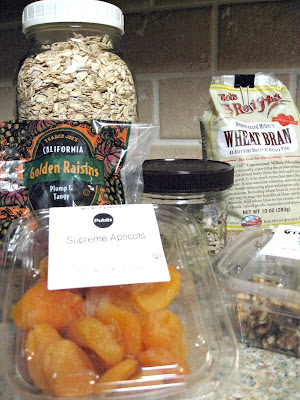 In a big bowl,  I mixed three cups of old fashioned rolled oats, one cup of miller's bran and one cup of mixed nuts, seeds and dried fruit.  I used a mixture of sunflower seeds, pepitas, chopped walnuts, golden raisins and chopped dried apricots.  I also added a healthy shaking of pumpkin pie spice.  I stirred it well to combine and stored it in a clean, one-quart mason jar. 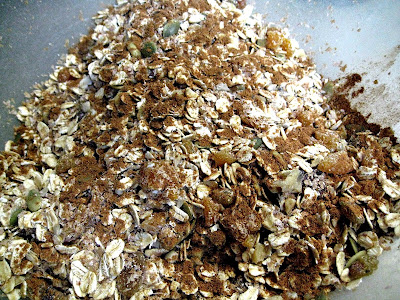 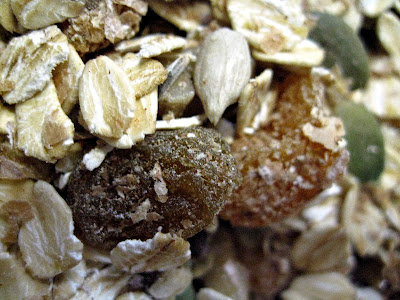 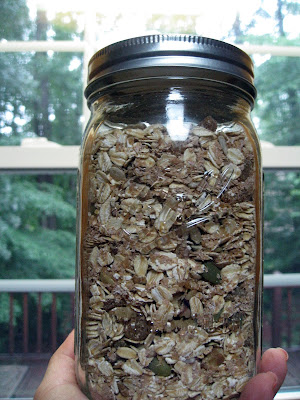 The night before I measured out some of the muesli into a bowl, a scant 3/4 of a cup. 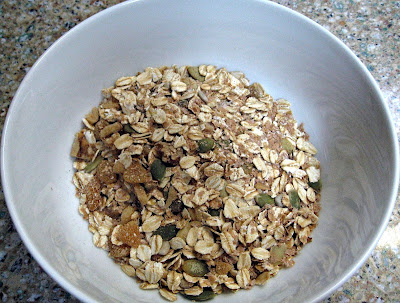 Then I grated half a small washed, unpeeled apple on top of the cereal, though it may be a good idea to peel the apple if it's not organic. 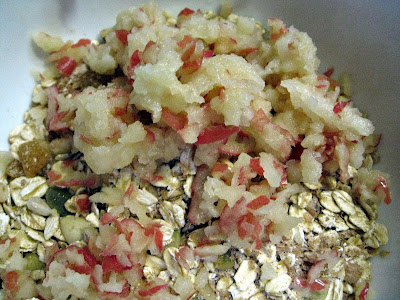 Then I poured over enough kefir to cover, about one cup, and gave it a good stir. 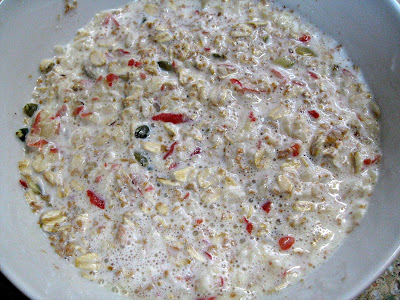 I  covered the bowl with plastic wrap and stashed it in the fridge overnight.  And in the morning breakfast is ready.  You could add more milk, yogurt or fruit to this like Jamie suggests, but I like it as it comes. 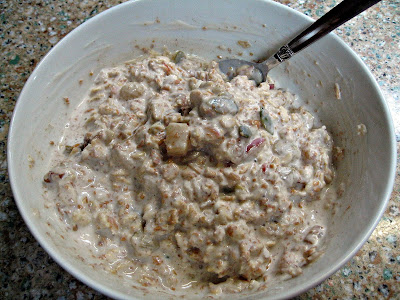 The oats go all soft from soaking up all the kefir, the nuts and seeds stay nice and crunchy and the dried fruit goes all plump.  It's so tasty! 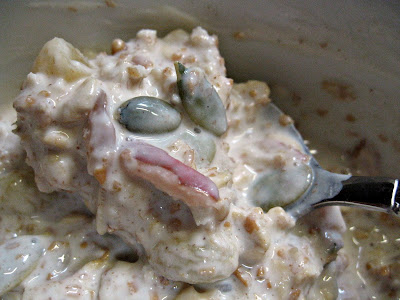 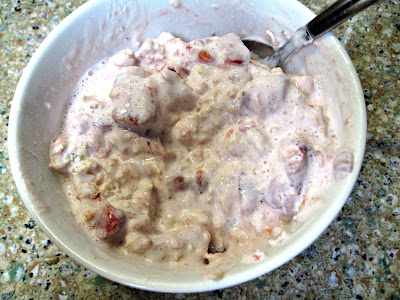 And speaking of pink, I got new glasses.  Pink ones with pretty crystal detail on the side... 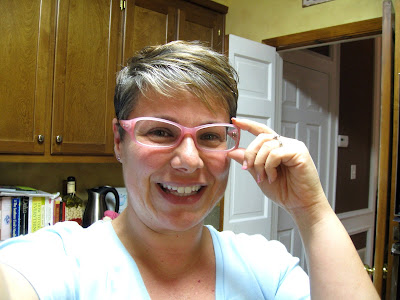 and a new pair of bold purple ones. 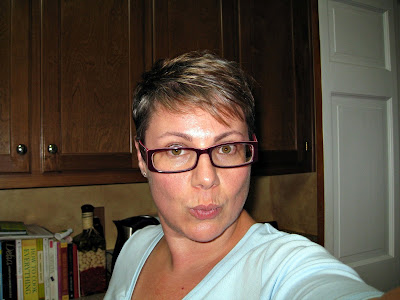