The weather here is so un-June like.   It's warm, dry and breezy rather than hot, still and sticky. We've had the windows opened for the past few days as well as enjoying spending time outside which is so much better than being barricaded indoor with the a/c running.

Just a quick food diary for today.  I started the day with broth and bucha. 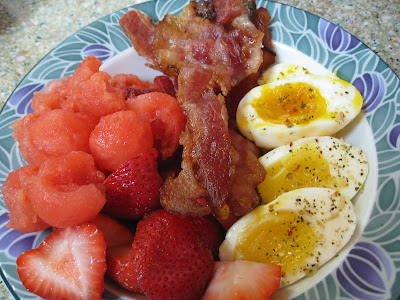 
I did a little food prep for the coming week.  I whipped up a batch of Nom Nom Paleo's grain free cheesy egg muffins.  I love these and they are so great to have for a super fast breakfast.  Mrs. Nom's recipe is for 6 muffins, my proportions fill 12 silicone liners.  Five eggs, about 1/2 cup Greek yogurt, 1/4 cup coconut flour, 1 tsp baking powder and 1/2 cup shredded cheddar.  I whipped this up in the VitaMix until smooth. 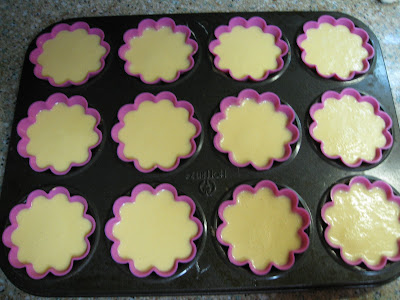 Usually, I bake these at 375 for 20-25 minutes.  I got distracted by a shiny thing this afternoon and ended up leaving them for 30.  They got a bit more brown than usual but still good. 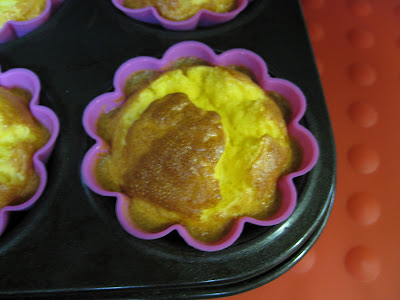 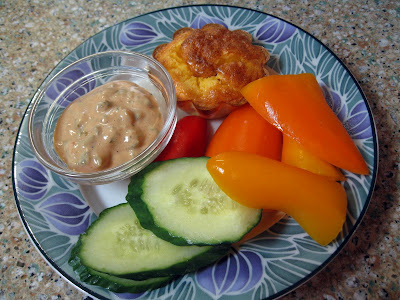 Veggies, dip and a muffin.  Quality control, you know.

For dinner I made enchiladas.  We love them but I haven't made them in years.  The old way is so heavy and unhealthy and hadn't been able to work out a "healthified" recipe.  I worked on that today.  Not only were these the healthiest enchiladas I could make but the most delicious I've ever had.  They are so good they need their own post.  I wrote down everything I did so I wouldn't forget so watch for that later this week. 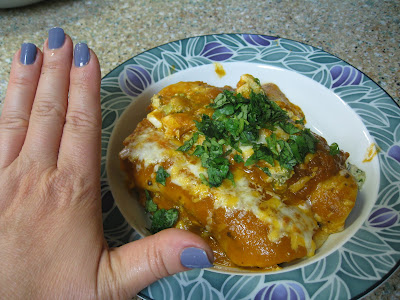 That's all for now.  I hope your Sunday was just fabulous.
Posted by Andra at 8:28 PM